The Battle of Bolunaea was a military campaign that lasted from the 17th February to the 4th March, 1994. It took place at Bolunaea Heights on Tokaron. It consisted of the Cremton Empire releasing a horde of 20,000 tremors upon the city to test them for their upcoming execution of Operation: Underminer across the Netroba galaxy on the 30th March, 1994, and the United Netroban Republic defending against them.

Since December 1993, Cremton insurgents had set up an Operation: Underminer facility in Bolunaea Heights on Tokaron. They intended to launch Underminer across the UNR on the 30th March next month, and wanted to use Tokaron as a test world. They have set up a single centre in Bolunaea Heights and want to unleash 20,000 tremors into the city. Arkoz Vanaringstov gladly revealed the details of this, and revealed that it would happen in the next six hours, thinking it would not change anything, and he personally found the UNR's attempt at pre-emptively stopping the attack humorous. TFC and Eightball Division quickly flew to the city and arrived ten minutes after the tremors were unleashed upon the city. They then helped out evacuation ships and efforts to contain the tremors. However, much to Vanaringstov's surprise, he was wrong, and he mistakenly helped the UNR gain better results in defending the attack.

During the battle, the UNR's awareness and previous readiness helped secret evacuation plans, due to sloppy planning and direction by the Cremton organisers of the attack, which Arkoz Vanaringstov knew little about. 8,000 of the tremors were killed in the first day of the battle, and 45% of the citizens of Bolunaea were evacuated. The extermination of the tremors was completed by the 4th March 1994. However, since it was only a test run, and the Cremtons deliberately went easy on them and used lower versions of the tremors, and Bolunaea was an ecumenopolis, this was part of the plan.

In total, 6 million citizens of Bolunaea Heights and 2 million UNR soldiers were killed in the battle. 2 trillion Kriddona's worth of damage was caused. The city was fully regenerated and restored by September 1994. 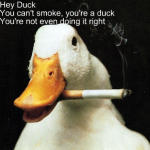